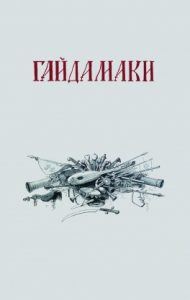 A facsimile publication of Shevchenko’s Haydamaky which reproduces the poem’s first edition with the utmost accuracy, in terms of the number of pages, their size, the paper grade and crucially, the text appeared in 2013. Prof. George G. Grabowicz’s study newly interprets the poems reception, form and content as well as its role in making Shevchenko a national poet in a global context. In his lavishly illustrated study-commentary, Oles Fedoruk reviews and systematizes published and archival sources on the history of the poem’s creation, publication and reception. The critically revised first edition of Haydamaky is in the appendix.

George G. Grabowicz, preeminent Shevchenko scholar, is the Dmytro Čyževs´kyj Professor of Ukrainian Literature at Harvard University. He is the author of Shevchenko’s Haidamaky: The Poem and Its Critical Reception, 2013, and general editor of Taras Shevchenko: The Critical Reception (1839–1861), also published in 2013. Dr. Grabowicz received his B.A. in English from Yale University and his M.A. and Ph.D. in Comparative Literature from Harvard University. From 1989 to 1996 he was Director of the Harvard Ukrainian Research Institute. In 1989 he was one of the founders of the International Association of Ukrainian Studies (MAU) and from 1990 to 1993 its President. In 1997 he founded, and since then has been the editor-in-chief, of the monthly journal Krytyka which appears in Ukrainian in Kyiv, Ukraine. Dr. Grabowicz was elected President of the Shevchenko Scientific Society in 2012.