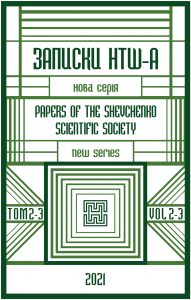 Among the articles included in this issue are:

The issue concludes with a Chronicle of Kulish-related conferences, events and celebrations held in Ukraine in 2019 as well as a list of some two dozen Shevchenko- and Kulish-related books published by the Shevchenko Scientific Society between 2011 and 2021, with a few antedating the Society’s formal sponsorship of the Shevchenko and Kulish series from 2005 to 2009.

Thank you to the authors, volume editor Oles Fedoruk, series editor George G. Grabowicz, and the editors, staff, and director Andrii Mokrousov at Часопис КРИТИКА – Journal KRYTYKA for your contributions to and preparation of this volume. We welcome our members’ submissions and proposals for future volumes.