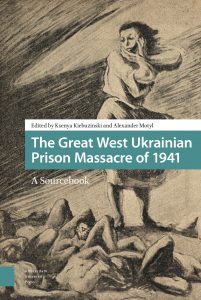 After Germany invaded the Soviet Union in 1941, the Soviet secret police, the NKVD, executed a staggering number of political prisoners in Western Ukraine-somewhere between 10,000 and 40,000-in the space of eight days, in one of the greatest atrocities perpetrated by the Soviet state. Yet the Great West Ukrainian Prison Massacre of 1941 is largely unknown. This sourcebook aims to change that, offering detailed scholarly analysis, eyewitness testimonies and profiles of known victims, and a selection of fiction, memoirs, and poetry that testifies to the lasting impact of the massacre in the collective memory of Ukrainians.

Ksenya Kiebuzinski is the Head of the Petro Jacyk Central and East European Resource Centre, University of Toronto.