The threat of a further Russian invasion of Ukraine, which has caught the attention of the world community, remains. The Shevchenko Scientific Society in the U.S. has invited scholars working on Ukraine to discuss the current security crisis in Russian-Ukrainian relations, which is the most serious threat facing Europe since the end of the Cold War. Participants of the round table will share their analyses of the situation, assess the actions of the U.S., European Union states, and NATO, and will also examine the possible motives underlying Russian policy. Ukraine’s position and the challenges it faces will be at the center of the discussion. 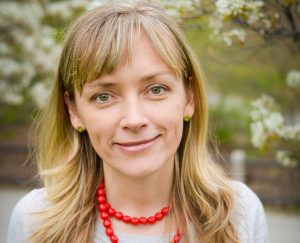 Oxana Shevel is an Associate Professor of Political Science at Tufts University where her research and teaching focuses on Ukraine and the post-Soviet region. Her current research projects examine the sources of citizenship policies in the post-Communist states and religious politics in Ukraine. She is the author of award-winning Migration, Refugee Policy, and State Building in Postcommunist Europe (Cambridge University Press, 2011). She is a member of PONARS Eurasia scholarly network, a country expert on Ukraine for Global Citizenship Observatory (GLOBALCIT), and an associate of the Harvard Ukrainian Research Institute and of the Davis Center for Russian and Eurasian Studies. She currently serves as President of the American Association for Ukrainian Studies (AAUS) and Vice President of the Association for the Study of Nationalities (ASN). 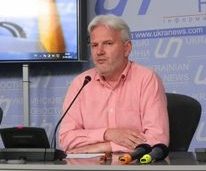 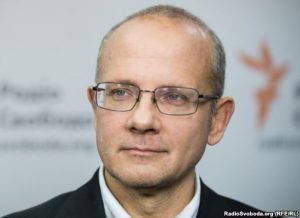 Andreas Umland is an Analyst with the Stockholm Centre for Eastern European Studies at the Swedish Institute of International Affairs, Associate Professor of Political Science at the Kyiv-Mohyla Academy, and editor of the book series “Soviet and Post-Soviet Politics and Society” and “Ukrainian Voices” published by ibidem-Verlag in Stuttgart and distributed by Columbia University Press in New York.

Margarita M. Balmaceda is Professor of Diplomacy and International Relations at Seton Hall University. Concurrently, she is an Associate at the Harvard Ukrainian Research Institute, and heads the Study Group on “Energy materiality: Infrastructure, Spatiality and Power” at the Hanse Wissenschaftskolleg (Germany). Her new book Russian Energy Chains: the Remaking of  Technopolitics from Siberia to Ukraine to the European Union (Columbia University Press, 2021) looks at the triangular energy-and-power relationship involving Ukraine, Russia, and the European Union, in particular Germany.