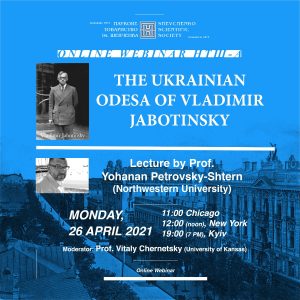 It is common knowledge that the Ukrainian Question performed an important function in Vladimir Jabotinsky’s journalism, although why, when, and how that famous Russian-speaking and Odesa-bred Zionist discovered Ukraine is unclear. Prof. Yohanan Petrovksy-Shtern discusses the unlikely Ukrainian contexts of Odesa and of the role that Ukrainian culture occupied in Jabotinsky’s life, journalism, and literary works. 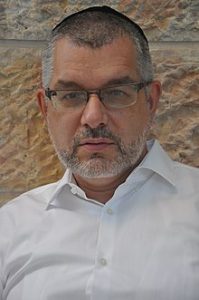 Yohanan Petrovsky-Shtern is the Crown Family Professor of Jewish Studies at the History Department, Northwestern University. He has published more than one hundred articles and seven books and was appointed an Ordinary Professor at Freie Ukrainische Universität in Munich, a Recurrent Visiting Professor at the Catholic University in Lviv, and a doctor honoris causa at the National University Kyiv Mohyla Academy in Kyiv.