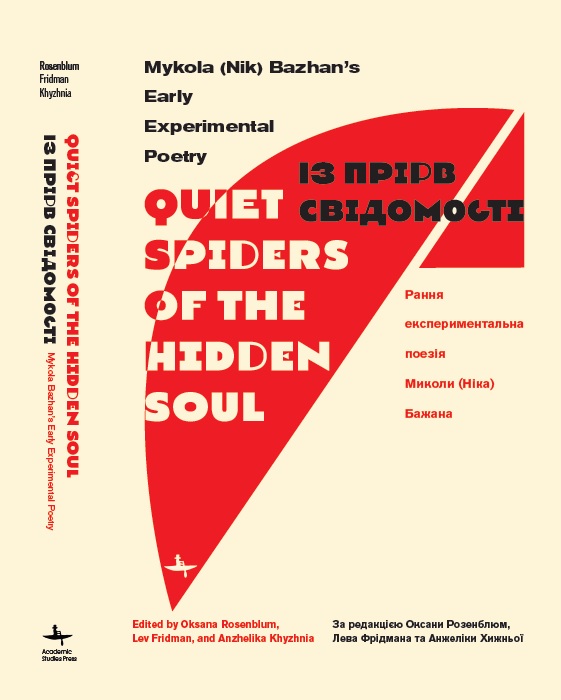 The bilingual Ukrainian-English collection Quiet Spiders of the Hidden Soul: Mykola (Nik) Bazhan’s Early Experimental Poetry (Academic Studies Press, 2020) brings together the most interesting experimental works by Mykola (Nik) Bazhan, one of the major Ukrainian poets of the 20th century. An ardent Modernist, Bazhan was known for his idiosyncratic style and unique vocabulary. After Stalinist rule forced the poet into the straightjacket of officially sanctioned Socialist Realism, his early texts have been dismissed as both irrelevant and subversive. Many poems from Bazhan’s three remarkable early collections (1926, 1927, and 1929) remain unknown to readers, both in Ukraine and the West. The publication for the first time makes these outstanding works available.

More than fifteen translators and writers joined forces for this massive project, presenting a diverse set of translation techniques and approaches to collaboratively tackle this challenging corpus.