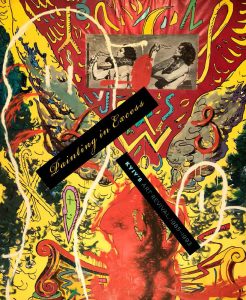 Printed by Rutgers University Press in conjunction with the eponymous exhibition Painting in Excess: Kyiv’s Art Revival, 1985-1993 at the Zimmerli Art Museum, the book reflects upon the transformative moment of perestroika, which gave birth to Ukrainian contemporary art and turned Kyiv into a bustling cultural capital. The book/catalogue will be presented by its editor, author and exhibition curator Olena Martynyuk, art historian and research fellow at the Harriman Institute of Columbia University, and two of the book’s contributing authors: Alisa Lozhkina, Ukrainian art historian and the author of the book Permanent Revolution: Art in Ukraine, the 20th to early 21st Century, and Asia Bazdyrieva, art historian, filmmaker, educator and a co-founder of Geocinema platform. They will discuss how new art emerged during perestroika in Ukraine together with a new state, a new art that contemplated the possibility of a new page in Ukrainian culture, no longer defined by the categories of official and unofficial art behind the Iron Curtain. An explosion of styles and newly found freedoms in Ukraine coincided with public consideration of the traumatic past and present during the collapse of the Soviet Union. The transitional period will be discussed together with its reverberations in the present Russian-Ukrainian war.

The discussion was moderated by Mayhill C. Fowler, associate professor of history at Stetson University and full member of the Shevchenko Scientific Society in the U.S. 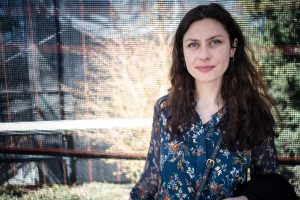 Olena Martynyuk is an art historian from Ukraine, with an M.A. in Cultural Studies from the National University Kyiv-Mohyla Academy of Ukraine and a Ph.D. in Art History and Theory from Rutgers University. Currently, she is a Petro Jacyk Postdoctoral Research Fellow in Ukrainian Studies at the Harriman Institute of Columbia University, where she is doing research and teaching classes on Ukrainian and Russian art history. She taught art history classes at Rutgers University and CUNY College of Staten Island, and organized exhibitions at the Zimmerli Art Museum, the Ukrainian Museum, and the Ukrainian Institute of America in New York City. Her most recent exhibition Painting in Excess: Kyiv’s Art Revival, 1985-1993 is currently on view at the Zimmerli Art Museum. Martynyuk edited a comprehensive catalogue which was published in conjunction with the exhibition by Rutgers University Press. She authored and co-authored book chapters on Ukrainian art in books From ‘The Ukraine’ to Ukraine: A contemporary History, 1991-2021, edited by Mykhailo Minakov, Georgiy Kasianov and Matthew Rojansky (2021, together with Oksana Barshynova) and Contemporary Art in Ukraine and the Baltic Countries: Political and Social Perspectives, edited by Svitlana Biedarieva (2021). Currently, she is working on the Introduction to Ukrainian Contemporary Art as a co-editor with Alla Rosenfeld (forthcoming from University of Toronto Press) and on her own monograph on Ukrainian neo-baroque. 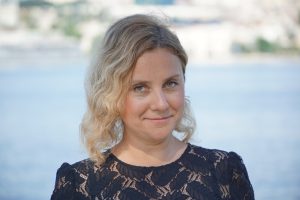 Alisa Lozhkina is an independent Ukrainian curator, art historian and critic currently based in the San Francisco Bay Area. In 2010-2016 she was the editor in chief of the major Ukrainian art magazine ART UKRAINE. In 2013-2016 she served as a Deputy Director of Mystetskyi Arsenal. Alisa Lozhkina curated seven large-scale international exhibitions of contemporary art, including “Permanent Revolution. Ukrainian Art Now” at Ludwig Museum, Budapest which was nominated for Global Fine Art Awards (New York, USA) as one of the best museum exhibitions of post-war and contemporary art in 2018. Additionally, Lozhkina is known as the author of the following books: Point Zero. The Newest History of Ukrainian Contemporary Art (Сo-authored with Oleksandr Soloviov, 2010) and Permanent Revolution: Art in Ukraine, the 20th to the Early 21st Century which was published in Ukrainian, French, and, most recently, in English. Alisa is currently an ABD in Comparative History at Central European University (Vienna-Budapest) where she is writing her dissertation on the interconnection of art and revolutions in recent Ukrainian history. 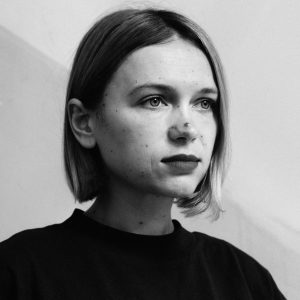 Asia Bazdyrieva is an art historian and filmmaker whose practice revolves around writing, research, and education in Ukraine and internationally. Her research interests span across visual culture, (feminist) epistemology and environmental humanities at large, and pays particular attention to the project of Soviet modernity with its ideological and material implications in spaces, bodies, and lands. She holds master’s degrees in art history from the City University of New York and analytical chemistry from the Kyiv National University. She was a Fulbright scholar in 2015–2017, and a researcher in Storefront for Art and Architecture (NYC) as an Edmund S. Muskie fellow (2017). Bazdyrieva co-authors ‘Geocinema’ (with designer and filmmaker Solveig Qu Suess)—a collaborative project that explores the possibilities of a “planetary” notion of cinema.

This book was published with support from the Ukrainian Institute.