The Shevchenko Scientific Society i 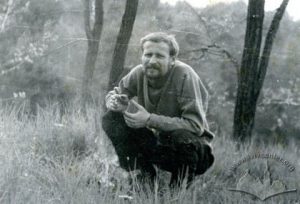 nvites all to an art exhibit by  (1947-1987). The event is presented to commemorate the 70th anniversary of the artist’s birth and the 30th anniversary of his death, as well as the 45th anniversary of political arrests in Soviet Ukraine in 1972. The exhibit will include portraits, drawings and documents from the dissident movement, as well as books printed in Ukraine after 1991.