Members of the World Federation of Ukrainian Women’s Organizations (WFUWO) and the Shevchenko Scientific Society attended the 63rd Session of the UN Commission on the Status of Women, held at the UN Headquarters in New York City. At the core of WFUWO’s mission is supporting the dignity and integrity of women in Ukraine and Ukrainian women in émigré communities by supporting adherence to international standards of human rights, raising public awareness of problems and violations, maintaining Ukrainian language and culture, cultivating awareness of Ukrainian history, family and social traditions, as well as efforts that support modern Ukraine’s development into an independent, stable democracy with respect for the rule of law. 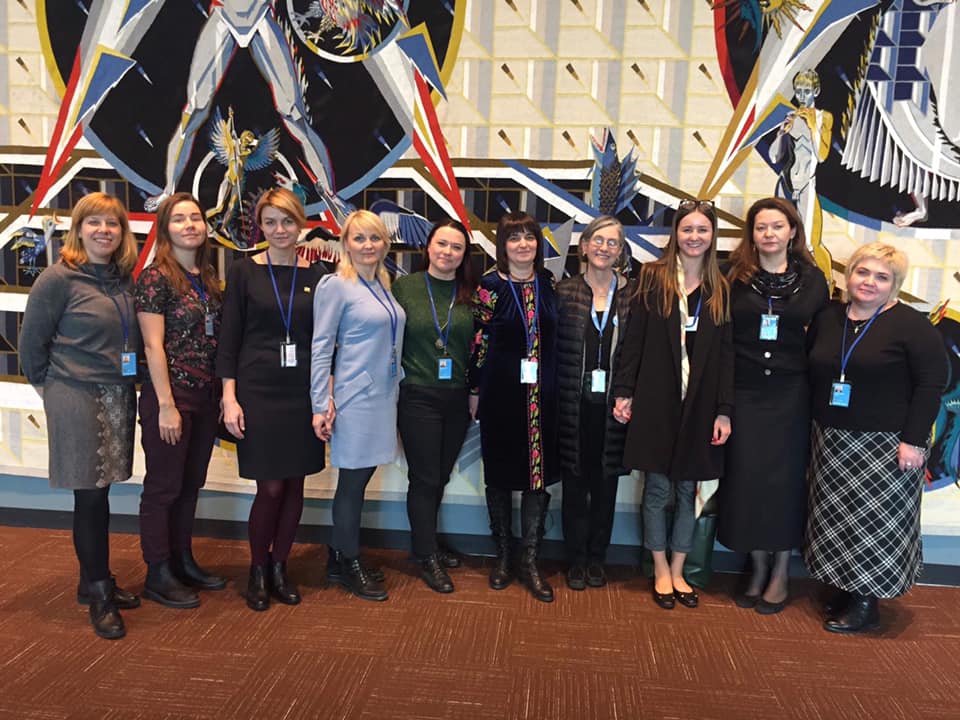 Among side-events on issues outlined in the UN Security Council Resolution 1325 “Women, Peace, Security” was a panel, featuring Natalia Mokryak and Olga Oprysko, relatives of Ukrainian sailors who were captured by the Russian forces in the Black Sea on November 25, 2018.

Ukrainian National Women’s League of America hosted a special event, honoring participants in the UN Commission on the Status of Women, on March 15, 2019. Maryna Prykhodko and Martha Kebalo discussed WFUWO’s work at UN and introduced the Ukrainian delegation to the UN session. Among guest speakers were Maryna Guryanova, coordinator of the Women’s Forum in Cherkasy, and Akhtem Chiygoz,  former deputy chairman of the Majlis, the Crimean Tatar assembly.