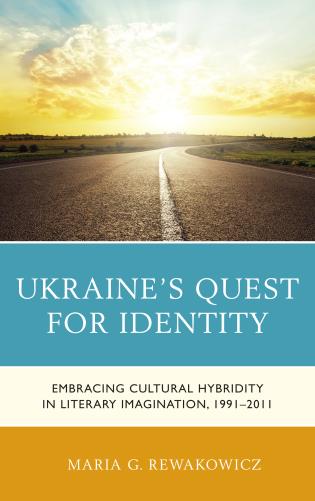 Maria Rewakowicz, Lecturer of Ukrainian at Rutgers University, won the Omeljan Pritsak Book Prize in Ukrainian Studies for her book, Ukraine’s Quest for Identity: Embracing Cultural Hybridity in Literary Imagination, 1991-2011. This monograph concentrates on major works of literature produced during the first two decades of independence and places them against the background of clearly identifiable contexts such as regionalism, gender issues, language politics, social ills, and popular culture. It also shows that Ukrainian literary politics of that period privileges the plurality and hybridity of national and cultural identities.

The award ceremony, honoring the first recipient of the Omeljan Pritsak Book Prize in Ukrainian Studies, was held at the annual convention of the Association for Slavic, East European, and Eurasian Studies in November 2019. Established in 2019 and sponsored by the Ukrainian Research Institute at Harvard University, this ASEEES book prize recognizes a distinguished book in the field of Ukrainian studies that was published in the previous calendar year. The primary founder of Harvard’s Ukrainian Research Institute and the first Mykhailo S. Hrushevs’kyi Professor of Ukrainian History at Harvard, Omeljan Pritsak was an esteemed scholar of broad scope and erudition, who treated Ukrainian history and culture in close connection with the history and culture of its neighbors.