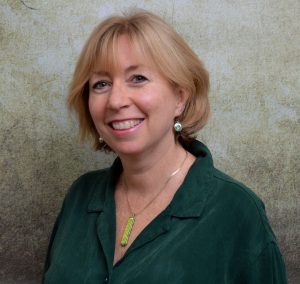 I joined Shevchenko Scientific Society when I started graduate school in anthropology at Columbia University in 1989.  I learned about the Society from Myroslava Znayenko, who taught us Ukrainian. The Society hosted so many events of great interest and its offerings were a terrific supplement to the education I received at Columbia.  I found the dedication to advancing Ukrainian Studies among the membership truly inspiring and the willingness to support students, junior scholars and other professionals with scholarships, publications, and advice as impressive as it was generous.

It is tremendously important to develop the next generation of specialists and scholars. The Society is well known for giving essential support to scholars through its robust publications and grant programs.  Moreover, the Society has been a welcome home to many scholars from Ukraine who traveled to the US. As for me personally, I studied with Alex Motyl at the Harriman Institute. I enjoyed seeing a political scientist flourish as a painter and a writer.  The Society supported each of his endeavors by organizing lectures, exhibits, and book presentations to showcase his talents as well as the talents of so many others.

My interest in Ukrainian culture and society didn’t influence my career path. It is my career path!  I first traveled to the USSR as part of an undergraduate study abroad program. This early experience made me very aware of the tremendous diversity of the Soviet people.  From my earliest days in grad school, I knew I wanted to focus on Ukraine.  I resisted the penchant among scholars, journalists, policy makers, and others to lump Ukraine together with Russia.  They often assumed that if they understood Russia, they would have Ukraine covered.  Even as an undergraduate, I understood that such thinking was fallacious. Therefore, from the earliest days of my graduate studies in anthropology and history, I focused on Ukraine.

I recently edited a book together with Julia Buyskykh that showcases anthropological research on religion using qualitative social science methods.  The book, entitled Antropolohiia Relihii:  Porivnial’ni Studii vid Prikarpattia do Kavkazu. [The Anthropology of Religion: Comparative Studies from the Carpathians to the Caucasus], was published in Ukraine with Dukh i Litera. This collection of articles is meant to support the study of the social and political aspects of religion among students and scholars of religion in Ukraine.  The authors in this book are part of a research network I founded in 2014, the Working Group on Religion in the Black Sea Region, which is based in Kyiv. We have held an annual conference in Ukraine every year since 2014 and now sponsor an annual workshop for junior scholars and an annual summer school for graduate students in Ukraine.

I have written a book that will soon be released by Cornell University Press on everyday religiosity in Ukraine.  The book analyzes the expansion of religiosity in public space and public institutions after the EuroMaidan and specifically considers how vernacular religious practices have affected the popular response to the new local church, the Orthodox Church of Ukraine.  My next book project involves considering the role of religious organizations in peacekeeping, mediation, and reconciliation in the armed conflict in Eastern Ukraine.

Be open to new possibilities!  There are always new opportunities that present themselves. One has to just be open enough to see them and then courageous enough to jump on them.  You never know which path they will lead you down.