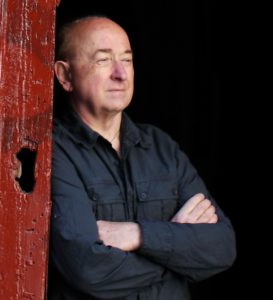 Having been active in the Ukrainian Diaspora community in general and as a writer in particular, once I became a scientist, first as electrical engineer and then computer scientist and linguist, it was natural for me to feel I should join the society.  It was a decision based both on patriotic and scientific grounds.  The benefits, so to speak, were both professional and social.  I was able to promote my literary and scientific works (doing literary readings and having my PD dissertation and books of literary essays published) and meet with member colleagues at after-event receptions.

What do you value about membership in the Society? What is your most memorable Society’s event or publication?

In my opinion, the Society’s most important achievement is fomenting scholarly and scientific work in Ukraine by funding student scholarships, individual research, and scholarly and scientific publications. I have particularly enjoyed the yearly symposiums commemorating Taras Shevchenko. Another series I enjoyed a lot were the five presentations by Dr. Volodymyr Mezentsev on the Baturyn archeological excavations sponsored by the society.

The Society has published many valuable works but perhaps the most important one is Encyclopedia of Ukrainian Diaspora.

I started out as a Ukrainian-language writer, being influenced (drawn-in) by such publications as the literary supplement to the Munich Suchasna Ukrajina edited by Ivan Koshelivets, which later morphed into the important publications Literaturna Hazeta and Suchasnist’.  Through Koshelivets, I became friends with Yuriy Lavrinenko, who made me aware of the outstanding cultural developments in the 1920-30s Ukraine which made a strong impression on me. Without this I would have been an English-language writer from the beginning.

Professionally, I have not been influenced by my Ukrainian background. I did my undergraduate studies in Electrical Engineering at Newark College of Engineering which ultimately grew into New Jersey Institute of Technology.  I started working on transistor circuits at the IBM T. J. Watson Research Center in Poughkeepsie, NY, in 1956, but soon transferred to the newly-formed Russian-to-English Machine Translation project, where I managed groups of lexicographers and linguists at IBM, the USAF Language School in Syracuse, NY, and the Library of Congress. Ultimately, sponsored by IBM, I studied theoretical linguistics at New York University, obtaining a PhD degree in 1982, after defending my Transformational-Generative Grammar dissertation Knowledge Semantics. Afterwards, I continued working at IBM in the area of Artificial Intelligence, primarily on Natural-Language Processing.

I left IBM in 1992 under an early retirement program and from 1993-1996 taught Ukrainian literature and culture courses at Columbia University. As part of that work, I wrote a series of papers devoted to Ukrainian literature most of which were published in the book of essays Kvity Xvoromu (Piramida, 2012), which was sponsored by the Society. The English-language book of essays Claim to Oblivion (JEF Books, 2016) consists largely of articles dealing with theoretical issues of literature, in particular language use. Literary Yoga (JEF Books, 2018) is a manual of Creative Writing.

In 2016, NaUKMA published a Ukrainian-language translation of my dissertation under the title Znannjeva semantyka. The translation was done under my supervision, with a portion translated by me.  In connection with this work, I developed an extensive English-Ukrainian and Ukrainian-English dictionary of Transformational-Generative Grammar terms, first such in Ukrainian, which was published in the book.  The publication was sponsored by the Society.  A recent, still unpublished article “Toward a Knowledge-Based Semantic Theory,” subtitled “How We Understand Each Other” deals with the important subject of knowledge acquisition.

As to my literary activities, in 2019 I published two English-language novels with JEF Books, both of which had been many years in the making—Warm Arctic Nights and The Iguanas of Heat.  The first is a fictionalized semiautobiographical account of my childhood and the second an ostensible suspense story which is actually a deconstructional study of a sterile marriage.  Warm Arctic Nights was published the same year by Tempora in an authorized Ukrainian-language translation by Maksym Nestelieiev under the title Tepli poljarni nochi. A German-language version of the novel, Warme arktische Nächte, translated by Christian Weise, on which I also collaborated, was published by Edition Noëma/ibdem-Verlag in 2020.

Currently I am working on an English-language novel Sebastian in a Dream inspired by Georg Trakl’s poem “Sebastian im Traum” and patterned on J. S. Bach’s “Goldberg Variations.”

I would strongly urge young scholars in/from Ukraine to stay as far away as possible from the Soviet traditions and think of themselves as part of the new, still future Ukraine and thus part of Western World. This applies to the topics they devote themselves to as well as the way they handle them.