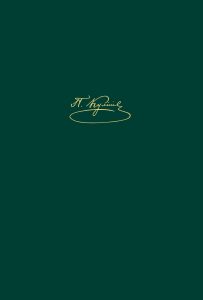 Through the support of the Shevchenko Scientific Society in the US, Panteleimon Kulish’s translations of three Shakespeare plays have just been published by Krytyka in Kyiv, Ukraine. As the first volume in the subseries “Translations and Paraphrases,” the publication is part of The Complete Edition of Panteleimon Kulish’s Works that was begun in 2005 and of which several volumes have already appeared. The present edition contains Kulish’s translations of three of Shakespeare’s plays, Othello, Troilus and Cressida and Comedy of Errors—which were indeed the first Shakespeare plays Kulish translated in 1882. It is also the first such edition of Shakespeare translations published in Ukraine according to rigorous academic standards.

Kulish hoped to translate 27 of Shakespeare’s plays and to publish them in nine volumes. He managed to translate only 13—the three that appeared during his lifetime and ten that were published after his death by Ivan Franko.

The Complete Edition of Panteleimon Kulish’s Works is sponsored by the Shevchenko Scientific Society in the US as well as Harvard University’s Ukrainian Research Institute and the Institute of Literature of the Ukrainian Academy of Sciences. The project was initiated by a group of scholars led by Professor George G. Grabowicz and has already published several volumes of Kulish’s epistolary legacy, scholarly works and now these translations. More volumes of Kulish’s works will be appearing later this year.