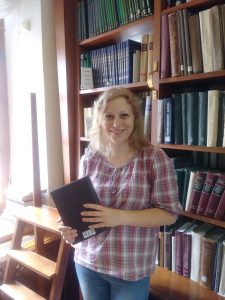 The field of Jewish Studies has been going through the process of fast development in Ukraine since the country gained independence in 1991. Archival collections that had restricted access at that time became widely available for researchers. Moreover, a more liberal, new political regime enabled the emergence of various nongovernmental organizations. Such favorable circumstances created conditions for the establishment of numerous private Jewish institutions that have been proliferating ever since. Therefore, the International Solomon University was established in Kyiv right after the collapse of the Soviet Union. Together with its Eastern Ukrainian branch opened in Kharkiv in 1998, the ISU was the first establishment in independent Ukraine to teach Jewish Studies on the university level as well as in the format of various summer schools and seminars.

Apart from the university education, the first independent years gave life to several research institutions, such as the Center for the Study of History and Culture of East European Jewry and the Institute of Judaica based in Kyiv. Moreover, as a country that lost the majority of its Jews during the World War II, Ukraine became home for organizations that concentrate on research of the Nazi genocide of the Jewish people. The earliest of such centers were the Tkuma Ukrainian Institute for the Holocaust Studies and the Ukrainian Center for the Holocaust Studies (opened in Dnipro in 1999 and in Kyiv in 2002, respectively). All these institutions aim at studying Jewish history in Eastern Europe and promoting tolerance and mutual understanding between Jews and representatives of other nationalities living in Ukraine. Serving this goal, they organize numerous public lectures, conferences, round tables, and exhibitions, as well as publish books and academic journals.

The recent decade saw an unprecedented development of academic Jewish Studies in contemporary Ukraine. First of all, the two leading Ukrainian universities, the Ukrainian Catholic University in Lviv and the National University of Kyiv-Mohyla Academy in Kyiv, opened their Jewish Studies programs in 2010 and 2012, respectively. The enrolled students receive financial aid, have an opportunity to attend lectures of acclaimed professors from all over the world, study Jewish languages, such as Hebrew and Yiddish, as well as to do research and get additional training in Israel. Finally, founding of the Ukrainian Association for Jewish Studies in 2015 became a culmination of the Jewish Studies development thus far. This non-profit academic institution serves as an umbrella organization for all the Jewish Studies establishments in Ukraine with its membership opened to any Jewish Studies scholar residing in or outside Ukraine. In addition to regular academic events, the UAJS publishes an annual peer-reviewed journal, Judaica Ukrainica.

Last but not least, Jewish Studies attracted attention of research centers that do not focus on the Jewish topics per se, such as the Center for Urban History of East Central Europe in Lviv and the Center for the Study of Interethnic Relations in Eastern Europe in Kharkiv. Therefore, these institutions organize conferences, seminars, and workshops dedicated to Jewish history and culture among other themes, as well as the place of Jews in the ethnic mosaic of historical as well as contemporary Ukraine. Such interest in Jewish Studies serves as a sign of the increasing understanding of Ukraine’s multiethnic composition and multicultural past among both Jews and non-Jews.