It is with great sadness that the Shevchenko Scientific Society in the U.S. joins the academic community in mourning the loss of our colleague, friend, and member of our society Mark von Hagen (1954–2019). Mark’s contribution to Ukrainian scholarly life is indisputable, and his organizational skills and warm personal friendships with many in the discipline will be sorely missed. We share with you an obituary by his friend and longtime collaborator Alexander J. Motyl. 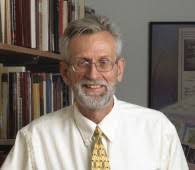 I first met Mark in the late 1980s at Columbia University. He had been appointed assistant professor in the history department, while I was teaching in the political science department. We had in common the Harriman Institute, with which we were both affiliated, and a series of conferences on Gorbachev and perestroika that Professor Seweryn Bialer organized. I gave a paper on Gorbachev and the nationality question; Mark’s focused on his area of expertise—the Soviet military. Both of us were beginners.

Our paths began to cross more often after I came to direct the Harriman’s Nationality and Siberian Studies Program in 1988-1992. Mark attended several of our workshops and seminars. It was around then that I invited Mark to give a talk on Ukraine. When he replied by saying he knew too little about its history to do a good job, I think I recall suggesting he explore just what Ukrainian history is. Mark’s talk eventually morphed into his seminal Slavic Review article, “Does Ukraine Have a History?”

We became full-fledged colleagues when Mark became the Harriman’s director and I continued to serve as its, and his, associate director. He bristled with new ideas for courses, conferences, and research, streamlined the staff, and focused the Institute’s attention on the non-Russian nationalities in general and the Ukrainians in particular. It was then that the Institute developed a close relationship with the Association for the Study of Nationalities and agreed to host its annual conventions. It was then as well that Mark initiated a major project on the Ukrainian-Russian Encounter and placed Ukraine at the core of the Institute’s mission. He jokingly referred to himself as “Hetman Marko.”

I left Columbia for Rutgers in 1999, but Mark and I continued to meet at various academic venues—most recently, at the Ukrainian Free University in Munich, where he served as dean of the history department and taught—in Ukrainian, of course.

Mark was anything but a Ukrainianist by training, but, in the course of the 1990s, he came to devote most of his research, writing, speechifying, and institution building to Ukraine. I still recall his enthusiastic impressions from his first visit to Kyiv. “It’s not at all like Moscow,” he gushed. Over time, Kyiv and Lviv became far more frequent destinations for him than Moscow and St. Petersburg.

What attracted him to Ukrainian studies? Several things, I think. For starters, Mark had a soft spot for the weak, marginalized, oppressed, and neglected—and Ukraine was all four. In contrast, Russia was an intolerant, aggressive bully—and everything in Mark’s moral and ethical make-up rejected intolerance, aggressiveness, and bullying. Everyone who knew Mark can attest to his fundamental decency, his unrestrained generosity, and his limitless kindness. He always had time; he always listened; he always empathized.

Studying Ukraine was, for Mark, both the right thing to do and the intellectually exciting thing to do. And he took to Ukrainian studies with a vengeance—coming to head the International Association of Ukrainian Studies, learning Ukrainian, and embracing the Ukrainian diaspora and its academic institutions. And he did all this while struggling with persistent illnesses for most of his adult life. But Mark always remained joyful and hopeful and deeply immersed in whichever project he was pursuing or whichever institution he was building—thanks in part to his partner in life, Johnny, and to his innumerable colleagues and friends who could not fail to love him as much as he loved them, but thanks above all to his inner strength of character and unfailing moral decency.

Like so many others, I shall miss Mark deeply. May he rest in peace.