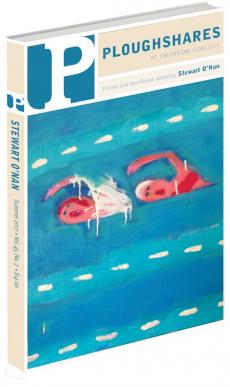 And the Living Are Silent by Shevchenko Scientific Society’s Board Member Askold Melnyczuk appeared in the Summer 2017 issue of the award-winning literary journal Ploughshares, published by Emerson College, Boston.

This excerpt from a memoir in progress, Turbulence, Love, moves from the period from after the October Revolution through the early days of resettlement in the United States, to the era of sixties’ dissidents, all the way to today.  The cast of characters includes figures such as Derek Walcott and Seamus Heaney, as well as Cardinal Slipyj and the Dalai Lama.

Askold Melnyczuk recently published his fourth novel, Smedley’s Secret Guide to World Literature (PFP, 2016). His stories, poems, essays, translations, and reviews have appeared in The New York Times, The Nation, APR, Poetry, Glimmer Train, and elsewhere. He’s received numerous awards for his fiction, as well as for his editorial work as founding editor of Agni and Arrowsmith Press. In 2011 he received the Garret Prize from AWP.