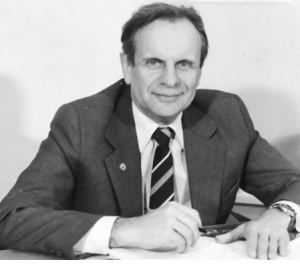 The Platon Kostyuk Award is awarded jointly by the Kostyuk Foundation and the Shevchenko Scientific Society, Inc in the USA.

Platon G. Kostyuk (1924- 2010) was a renowned Ukrainian neuro-physiologist widely recognized for the development of intracellular perfusion technique and discovery and characterization of voltage-gated calcium channels in nerve cells. He  fostered generations of students, many of whom became successful leaders, and spread his legacy throughout the world.

The Kostyuk Foundation was founded in 2011 by the former students of Platon G. Kostyuk to commemorate his life and legacy. The main goal of this Foundation is to support biomedical research development in Ukraine. Jointly with the Medicine and Biology Section of the Shevchenko Scientific Society, the Foundation’s Review Committee annually awards the prestigious Platon Kostyuk Award to young biomedical scientists working in Ukraine.

The winners of the 2017 Kostyuk Award were announced on December 20, 2017 the the Bogomoletz  Institute of Physiology of the NAS of Ukraine. They are:

Ivan Kucherenko (The Institute of Molecular Biology and Genetics of the National Academy of Sciences of Ukraine).