The full, detailed story of Taras Shevchenko’s life is little known. The exact unfolding of his life-story was not accomplished until Pavlo Zaitsev published his book in 1955. Under the circumstances, Zaitsev’s biography remains the most balanced and scholarly. It does not make Shevchenko more of a nationalist, than he actually was. Shevchenko’s love for his country is the central, undeniable fact of his entire life. It is this love which makes it difficult for the English, Canadian or American reader of non-Ukrainian descent to appreciate him fully. For in their literatures such deep sentiments, so directly and forcefully expressed, are unknown and may be regarded obsessive. Bearing this in mind, a translator has to become an editor at the same time. The factual and intentional structure of Zaitsev’s work has been preserved, but his prose has on occasion been condensed and abridged. Further, as a guide for the English reader to the major stages of Shevchenko’s life, the original sixteen chapters of the book have been grouped into five parts. 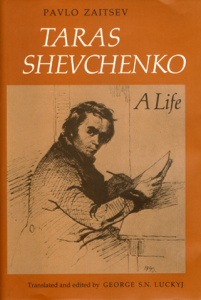