At the end of the nineteenth century and the beginning of the twentieth century, Ivan Franko was the voice of Western Ukraine? Of those millions of Ukrainians who, by the stroke of political fate, were living under the rule of the Austro-Hungarian Empire. They numbered about one tenth of the total number of Ukrainians in the world and during his lifetime, Franko saw them change from a mute and lethargic peasant element interested in their own personal affairs to an active and political unit which within two years of his death was prepared under the stress of WWI to declare for self-determination, to establish the Republic of Western Ukraine and to merge its fate voluntarily with their brothers of Great Ukraine in the Ukrainian National Republic. It was Franko who nursed the newly rekindled flame of Ukrainian consciousness and found for it proper nourishment. 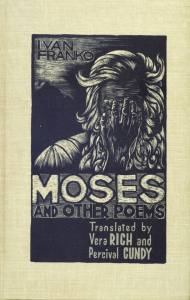